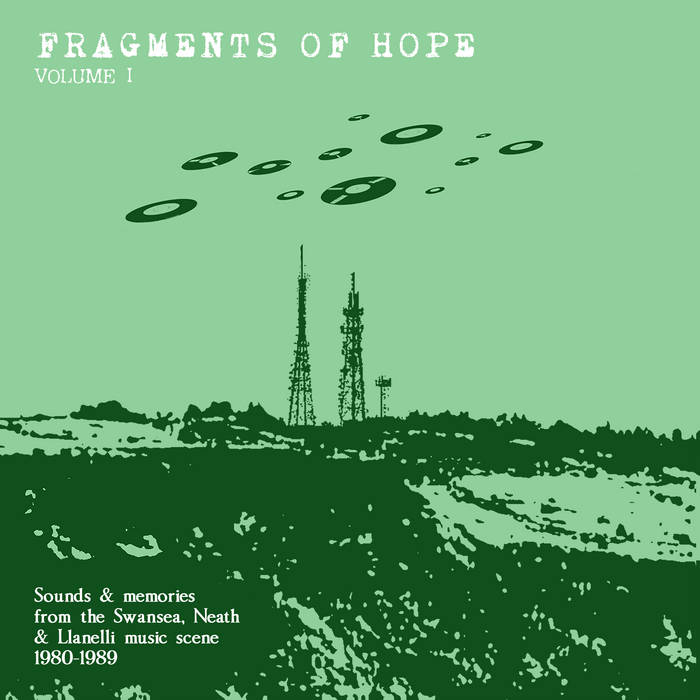 ‘Fragments Of Hope’ is the first in a series of compilation albums showcasing some of the best bands and artists to come out of the Swansea, Neath and Llanelli areas of South Wales. Volume 1 focuses on the years 1980-1989.

Over the next few years we aim to cover various decades and genres of music, so any bands or artists from the Swansea, Neath or Llanelli areas that have recordings, pleaseget in touch with details of the band and songs as we would love to hear from you and maybe we can feature your music on a future compilation. Please send info here:
info@lavendersweeprecords.com


ALL THE PROFITS FROM THIS ALBUM WILL BE DONATED TO THE PARKINSONS UK, CHARITY -

UPDATE:
From the two runs we put out, plus the sales from Swansea Museum we managed to raise £671 for Parkinson's UK

A further thanks to all those who also contributed additional material: Simon James, Paul Durden, Tony Baker, Peter Dalling, John Griffith, Jon Evans, Joe Whicher and The Inn Sign Society (www.innsignsociety.com), Helen Corbett and Bethan Elis for their kind permission to use the photos of the late John Corbett, Dave Howells, Sarah Ayres, Arthur Rees, Patrick Lobry, Janine Mort, Martin Nicholls for transferring the old Zaps reels, plus all the people that submitted material that we were unable to fit onto the album and
booklet in time.

Also, Graham Larkbey & Matt Jones for putting so much time and effort into helping make the booklet a heck of a lot more interesting!