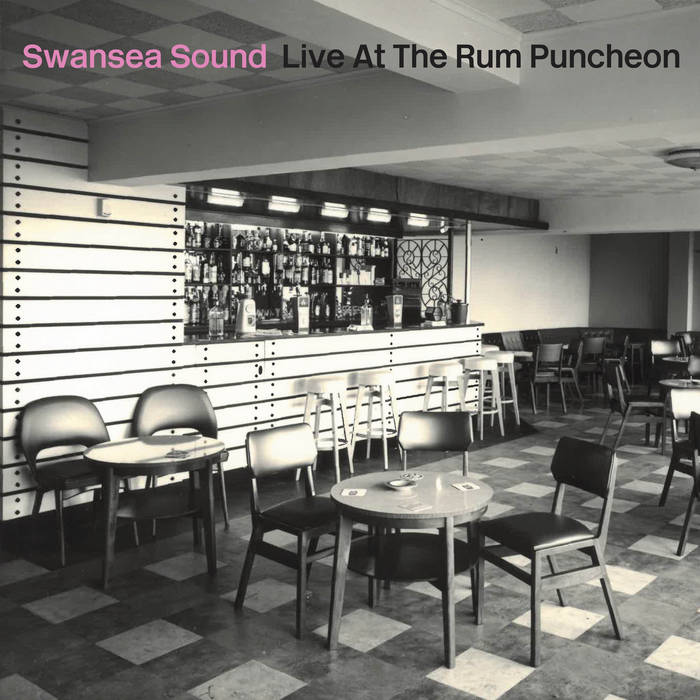 Swansea Sound: a band that came into being during lockdown and decided that fast, loud, political indiepop punk was the answer to being stuck indoors. Who needs introspection?

Hue Williams is reunited with Pooh Sticks singing partner Amelia Fletcher (ex- Talulah Gosh, Heavenly). Rob Pursey (also ex-Heavenly) and Ian Button provide the noise. The band has played one gig in real life – but there will be more in 2022.

Three of the tracks were released as singles, all of them now impossible to obtain. ‘Corporate Indie Band’ was a limited edition cassette, ‘I Sold My Soul on eBay’ was a one-off lathe cut that got auctioned on eBay (with a £400 winning bid), ‘Indies of the World’ was a 7” inch single that briefly hit the UK physical charts, but quickly sold out and plummeted back out again. And now, to coincide with the LP pre-release on 1st September, ‘Swansea Sound’ is released as a limited edition cassette. (1st September was the date, exactly one year ago, when Swansea Sound Radio was re-branded by its new corporate owners and the name became available.) The song is a requiem for that specific lost radio station - a DJ describes his final day at work before his show is ‘rationalised' out of existence.

Swansea Sound took their name from a radio station, and they even use its abandoned logo. Something modern, acidic and angry has taken up residence in a familiar, borrowed frame, just as it has in these indiepunk pop songs. You can throw yourself around to Swansea Sound like it’s 1986, but if you catch the lyrics you’ll remember you’re in 2021. (Sorry about that.)

Released on Indie Labels of the World!

Buy from your local label and it will be cheaper.

Lance Skiiiwalker joins the show to discuss his most recent releases